One civilization. One enigma.
Many temples. Many puzzles.
One great secret.

Hinduism and Buddhism.
The presence of Shiva, Vishnu, and Buddha.
The unity of Buddhist and Hindu sanctuaries and temples.


Wander among heavenly nymphs Apsaras and mythical serpents Nagas.
Among Khmer garudas, devas and asuras.
Strolling around the promenades and the avenues, the palm trees, the pools, the libraries and the galleries, the towers, the corridors, and the courtyards.

Drifting around the staring faces of Bayon and the naga-bridges of Angkor Thom.
Around hundreds of years old tree-roots of Ta Prohm.
Admiring the mystery of Preah Khan and the magnificence of Angkor Wat.

Wander in the earthly miniature of the Universe.
Getting around a spiritual and creative expression of one civilization.
Going by mind and spirit back to the age of the creation of the Universe.

The best-known Angkor sites:
Bayon, Angkor Wat, Angkor Thom, Ta Prohm, Preah Khan, Presat Kravan
Practical tips for visiting Angkor and Siem Reap:
For more info and practical tips on how to get to Angkor, average costs and where to stay in Siam Reap, I recommend reading this Siem Reap guide
Interested how to visit Angkor Wat in one day? Please take a  look of this suggested Angkor Wat One Day Itinerary.
If Phnom Phen, Killing Fields, Koh Rong, Koh Rong Samloem, and Kampot are appealing to you, maybe you consider setting up the visit to Angkor into 2 Week Cambodia Itinerary.

MAYBE YOU ALSO WOULD LIKE TO READ: Best places to visit in Myanmar

Bayon, the central temple of the ancient city of Angkor Thom. Built in the late 12th or early 13th century. The best known for the gigantic face towers sculptures 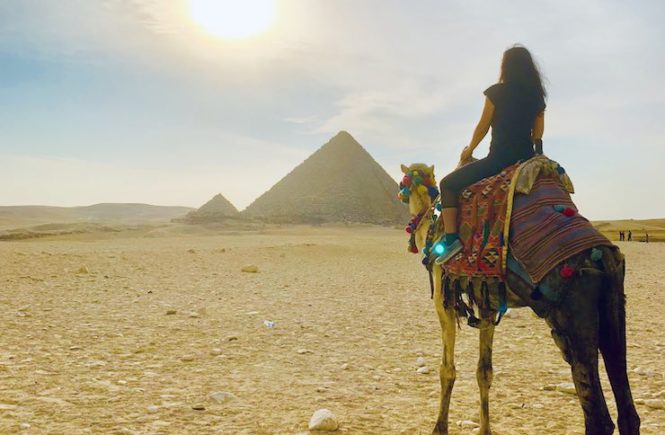 Spectacular Landmarks in Egypt You Need To See in Your Lifetime