How to walk Camino the Santiago, the iconic pilgrimage route in Spain

Walking Camino de Santiago is one of those must-have experiences in Spain that should be on anyone’s bucket list.

As of summer 2022, I hiked Camino del Norte, Camino de la Plata from Salamanca to Santiago, Camino Sanabres, and Camino a Fisterra.

That being the case, I decided to write a comprehensive overview of the most important facts about Camino de Santiago to help and encourage people who are planning to embark on their Camino journeys.

In this ultimate guide to Camino to Santiago you will find out:

WHAT IS CAMINO DEL SANTIAGO?

Camino is the way in Spanish, and Santiago is Saint James in Spanish.
Actually, Santiago comes from Santo Yago (Sant Iago). Yago is an old Spanish version of James.

Camino de Santiago, or St James Way, is one of the most famous long-distance hiking and pilgrimage routes.

What is the Way of St James?

Camino de Santiago is a network of routes across Europe leading to the tomb of St James the Apostle in the Cathedral of Santiago de Compostela in the Galicia region in northwest Spain.

The Way of St James is originally an ancient Christian pilgrimage route. But over time, it became one of the most popular long-distance walking and hiking routes in the world overall.

In addition, UNESCO recognized the importance and universal value of the Camino and declared the Camino a World Heritage Site.

WHO WAS ST JAMES?

St James the Apostle, or Santiago in Spanish, was one of the Twelve Apostles of Jesus Christ. St James is the saint patron of Spain.

They were fishermen along with Peter and Andrew on the Sea of Galilee when Jesus Christ asked them to follow Him and to become ‘fishermen of men’.

Saint James spread Christianity on the Iberian peninsula for almost forty years in the first years of the new era.

His remains are held in a tomb in the Cathedral in Santiago de Compostela in Galicia in Spain.

St James, or Santiago, is the saint patron of Spain.

The feast day of St James is July 25.

Jerusalem, Rome, and Santiago are three of the most important Christian pilgrimage sites.

And Camino de Santiago de Compostela in Spain is one of the most important Christian pilgrimage routes (along with Via Francigena to Rome and pilgrimage to Jerusalem).

Remains of St James were miraculously found on the shores of the Galician coast in Spain and got buried in Santiago de Compostela, Spain. His remains rest in a tomb in Santiago Cathedral.

The Way of St James has been one of the most famous Christian pilgrimage routes for over 1000 years.

There is no single Camino de Santiago route. The Way of St James is a network of routes.

But all of the Camino routes lead to the same place – the tomb of St James the Apostle (St James the Greater) in the Cathedral of Santiago in Spain.

The most popular Camino de Santiago routes are:

WHERE DOES THE CAMINO DE SANTIAGO START?

Since Camino de Santiago refers to various routes, it starts in different places depending on the Camino route.

The starting points of the most popular Camino routes are:

WHERE DOES THE CAMINO DE SANTIAGO END?

The Camino de Santiago officially ends at Obrigado Square (Plaza del Obradoiro), the square in front of the Cathedral of Santiago de Compostela, and the main square of Santiago.

But if you are a faithful who embarks on a pilgrimage to Santiago de Compostela, the Camino ends at the tomb of St James in Santiago Cathedral.

It’s hard to say which Camino de Santiago route is the best, as people have different needs and preferences.

Camino de Santiago routes differ in the difficulty of the walking and hiking terrain, length, landscapes, history, and popularity.

Saint James (Santiago) brought Christianity to the Iberian peninsula in the first years of the new era.

After spreading Christianity in Spain, he returned to Judea and got beheaded in Jerusalem.

However, the body of St James covered with scallop shells was miraculously found on the shores of the Atlantic coast in Galicia. His remains were moved and buried in the cathedral of Santiago de Compostela in Galicia.
The tomb of Saint James was unknown for centuries. And, the tomb got discovered in the 9th century.

King Alfonso II of Asturias made the first pilgrimage to Santiago in the 9th century. He took the Camino Primitivo route from Oviedo to Santiago.

King Alfonso II of Asturias was the person who ordered the building of a small chapel for hosting the remains of St James. This small chapel became what we know today as the stunning Cathedral of Santiago.

The year when St James Day (which is on July 25) falls on Sunday is a Holy Year (Jubilee Year, Jacobean Year, or Xacobeo).

If a faithful goes on a Camino de Santiago pilgrimage during a Holy Year, they can get a plenary indulgence (forgiveness of all sins).

There are three requirements for getting a plenary indulgence:

The are two recommendations also:

Camino de Santiago routes are well-marked and belong among the best-marked world trails.

For example, Camino Via de la Plata has pillars with the carved name of the Via de La Plata in Latin and Arabic (mirroring the turbulent history of that part of Spain).

And Camino Sanabres has some extraordinarily beautiful stone way markers carved by a famous Galician sculptor.

These Camino pointers can be on the ground, pavements, trees, and buildings along the Camino de Santiago routes.

Camino scallop shell was a sign of completion of the Camino in medieval times.
The coast of Galicia has scallop shells in abundance. And when pilgrims reached ‘the End of the World’ (Camino a Finisterre), they took a scallop shell with them as proof of finishing the Camino.

Gradually, the scallop shell became a Camino badge. Modern pilgrims usually get their scallop shells at the beginning of the journey and put them on their backpacks as a symbol of their pilgrimage.

There are several great Camino apps.

And Camino Ninja App is one of them.

I used Camino Ninja App on Camino de Santiago Via de la Plata, Camino Sanabres and Camino de Fisterra. I highly recommend the app as a valuable resource for hiking the Caminos.

The app tracks your steps along the route.

A Camino pilgrim can check on the app whether they are on the correct path or not at any moment.

Camino Ninja App offers not only Camino de Santiago maps. But also info on accommodations, available bars, restaurants, and groceries. And even data on the elevation of the stages.

This app is a fantastic tool for planning the Caminos.

There are two most important Camino documents: the Pilgram’s passport (Credential) and the Certificate of the Completion of Camino de Santiago (Compostela).

The Pilgrim’s Credential is a pilgrim passport that documents the dates and places visited on the Camino de Santiago trail. The sealed stamps record places and the dates.

The sealed stamps serve as proof of a pilgrimage journey.

Pilgrims can get Camino stamps in accommodations, bars, restaurants, churches, and tourist offices along the Camino route.

Pilgrims need to have a stamp for each stage (day) of their Camino journey on their passports to get a Compostela.

Only pilgrims with Credentials can sleep in public hostels for pilgrims ((albergues de peregrinos). But, some private hostels don’t ask for Credentials.

Where to get a Camino Credential?

Credentials are available in larger municipal albergues, churches, and parishes in the major towns and cities along the Camino and at national Camino associations.

If you would like to get your Credential before starting walking Camino de Santiago, check it out with your national Camino association in advance.

The Compostela is the official certificate (document) that testifies to finishing the Camino de Santiago pilgrimage.

Pilgrim has to show their Pilgrim’s Credential (Pilgrim’s Passport) to get their Compostela certificate.

Requirements for getting the Compostela certificate:

Where to get a Compostela and Distance Certificate?

Botafumerio of Santiago Cathedral is probably the most famous incense burner in the world.

The Santiago de Compostela Botafumeiro weighs around 50 kg and is 1.60 m tall. As such, it is one of the largest thuribles in the world.

The first mention of Santiago’s Botafumeiro dates back to the 14th-century Codex Calixtinus where this famous censer was called Turibulum Magnum.

Santiago’s Boatafumeiro is always swung on the next holidays:

Camino routes go through villages, towns, and some big cities.

The places along Camino de Santiago frequently have shops, stores, and pharmacies.

Thus, there’s no need to overpack and pack anything but essentials for the Camino de Santiago hike.

I hiked Camino del Norte in the summer of 2021, Via de la Plata (via Camino Sanabres), and Santiago Fisterra in June 2022 with the same items.

However, only pilgrims with the Credentials can sleep in public hostels for pilgrims (albergues de peregrinos) as they are considered Camino pilgrims.

The best time to walk Camino de Santiago, in general, is summer.

Still, there are some exceptions.

For instance, Via de La Plata goes through the regions of Andalusia and Extramadura in southern Spain known for the extreme heat in summer. Unfortunately, these extreme weather conditions can have fatal consequences for pilgrims. Hiking Camino de la Plata is not recommended in summer but during spring and autumn.

The best time to walk Camino del Norte is July and August (It is the peak of summer with the lowest chance of rain since the Camino del Norte route goes along the rainy northern Spain coast).

The best time to walk Camino Ingles is from mid-March to November.

The best time to walk Camino Sanabres is from April to June and September to October.

The best time to walk Camino Primitivo is from June to September, the time of the year with the lowest chance of rain.

What does Camino mean?

What does Buen Camino mean?

How much does the Camino de Santiago cost? 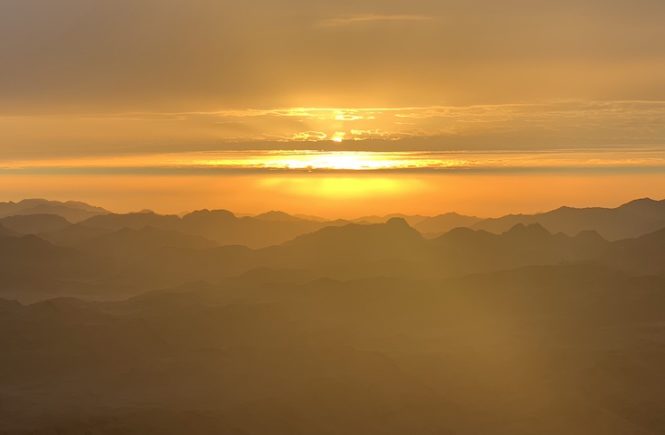