The Ultimate Guide to Cordoba, Spain

Want to see one of the most beautiful cities in Spain and the city with the largest number of World Heritage Sites in the world? Head to Cordoba Spain

Beautiful Cordoba is one of the most charming cities in Spain.

The city of Cordoba is one of the most visited cities in Andalusia, along with Seville and Granada.

Lovely Cordoba is best known for the masterpiece Mezquita-Cathedral. But Cordoba is also known as the city with the largest number of World Heritage sites in the world.

To understand such a rich cultural heritage, let me give a brief historical overview of Cordoba. Carteghians founded Cordoba, and Romans, Visigoths, Moors, and Christians ruled the city. And all of them left their mark on art, architecture, and culture.

However, the golden age of Cordoba was under the Moorish rule from the 8th century to the 10th century when Cordoba was the main cultural and scientific center of the ‘western world.

Medieval Cordoba was the capital of Moorish Al Andalus and the main center of medieval Europe.

Cordoba is a city in Andalusia in southern Spain. The city of Cordoba is the capital of the province of Cordoba. It lies on the Guadalquivir River, the same river Seville lies on.

HOW TO GET TO CORDOBA SPAIN

HOW TO GET FROM SEVILLE TO CORDOBA

Cordoba is 140 km away from the city of Seville. Visiting Cordoba is also a popular day trip from Seville.

HOW TO GET FROM MADRID TO CORDOBA

Cordoba is about 400 km south of Madrid.

HOW TO GET FROM GRANADA TO CORDOBA

HOW TO GET FROM MALAGA TO CORDOBA

Cordoba is known as the warmest place in Europe. The average high temperature in Cordoba in July and August is 99 F (37 C).
The best time to visit Cordoba is May when Fiesta de Los Patios (the annual Courtyard Festival) happens. During the festival, Cordobese patios filled with blooming geraniums are open to the public, while streets in Cordoba are full of flower scents.

WHERE TO STAY IN CORDOBA SPAIN

BUDGET: Mayflowers Hostel – is a beautiful hostel with a superb location in the heart of Cordoba and within walking distance of main tourist attractions.
MID-RANGE: Hacienda Posada de Vallina – is a fabulous 3-star hotel in the Jewish Quarter and with easy access to the most famous sites in Cordoba.
UPSCALE: Las Casas de la Judería de Córdoba  – is a superb palace-like 4-star hotel with beautiful rooms and courtyards in the center of Cordoba.

THINGS TO DO IN CORDOBA SPAIN

The Historic Center of Cordoba is a UNESCO World Heritage Site

The medieval city of Cordoba was the most cosmopolitan city in Europe. It was the main center in Europe for philosophy, astronomy, and medicine from the 8th century to the 11th century.

Among other things, the medieval city of Cordoba was known for religious tolerance between Muslims, Jews, and Christians.

The Historic Center of Cordoba holds the most popular attractions like the Mosque-Cathedral complex, the Alzacar of the Christian Monarchs, the Alley of the Flowers, the Roman walls and the Roman Bridge of Cordoba, the courtyards of Cordoba city.

The best way to explore the History Center of Cordoba is by foot.

The awe-inspiring Mosque-Cathedral of Cordoba is one of the most spectacular buildings in the world.

The La Mezquita (the Mosque-Cathedral of Córdoba) is a fascinating architectural masterpiece.

It is a unique sacral building. At first, it was a small Visigothic Christian church, but later the church became a Mosque during the Caliphate in the 8th century. And finally, it became a Catholic Cathedral after the Reconquista in the 13th century.

Thanks to the turbulent history architecture of La Mezquita features an exceptional mix of different styles. The Mosque-Cathedral of Cordoba has elements of Egyptian, Greek-Roman, Visigothic, Moorish, Spanish-Flamish, Renaissance, and Baroque styles.

The Mezquita covers 24,000 square meters and has 856 columns made of exquisite materials like granite, marble, and jasper. However, the most notable are awe-inspiring white-red striped arches supported by stone columns.

The Mesquita is the most famous landmark of Cordoba and a UNESCO World Heritage Site. It is the most popular tourist attraction in Cordoba.

So, touring this exceptional place is one of the most popular things to do in Cordoba.

A ticket for visiting the Mosque-Cathedral of Cordoba is 11 EURO. Visitors can tour the Mezquita on their own or join a guided tour to get valuable insights into history.

The Orange Tree Courtyard, or El Patio de Los Naranjos, is a stunning courtyard entrance to the Mesquita Cathedral.

This ancient courtyard is called after 100 planted oranges trees. Orange, palm, and cypress trees, and a fountain adorn the Orange tree Courtyard in Cordoba.

It is a part of the Mosque-Cathedral complex in the Jewish Quarter.

The courtyard is 130 m long and 50 m wide. It was made as a religious courtyard for Muslim purification pre-payer in the 8th century.

It is open to the public, and visiting is free.

The 54-m-tall bell tower was originally the minaret of the Great Mosque of Cordoba.

The bell tower provides a bird’s perspective of the cathedral complex and the old city of Cordoba.

Only up to 20 people can climb Torre Campanario every 30 min.

Get your ticket at the ticket office next to the tower and check the panoramic views from the top.

A ticket for climbing the tower costs 2 EURO.

The Alzacar of the Christian Monarchs is a medieval royal palace in the Historic Center of Cordoba.

The Alzacar Palace of Cordoba was one of the main residencies of Isabella I of Castile and Ferdinand II of Aragon. It is also the birthplace of Infanta Maria, one of their three daughters.

The place was built as a Roman fortress at first, later it became a part of the Moorish fortress complex. And at some point, it was turned into the seat of the Inquisition and even a prison.

It is a UNESCO World Heritage site. The palace is next to the Guadalquivir River and the Mosque-Cathedral in Cordoba.

A ticket for visiting costs 5 EURO.

El Barrio de Juderia de Cordoba is one of the historic neighborhoods of Cordoba.

The 14th-century Cordoba synagogue is one of the oldest synagogues in the world.

The Alley of the Flowers is arguably the pretties alley in Cordoba.

It is a short and narrow alley with an amazing view of the Cathedral. The alley ends at the small square. It’s a typical Andalusian street with lined whitewashed Andalusian houses decorated with flowers.

The Alley of the Flowers is the most picturesque street in Cordoba, a landmark of Cordoba, and a tourist hot spot in Cordoba.

The Alley of the Flowers is the Jewish Quarter in the historic center of Cordoba.

Picture-perfect Roman Bridge over the Guadalquivir River Is a landmark of Cordoba.

The Roman Bridge of Cordoba with its 16 arches is one of the most beautiful bridges in Europe.

The Roman Bride, or the Puente Romano of Cordoba, is often pictured on postcards of Cordoba. There is no visit to Cordoba without strolling this famous bridge.

The arched Roman Bridge of Cordoba is 9 m wide and 247 m long.

The Roman Bridge is in the historic center of Cordoba.

The Gate of the Bridge, or Puerta del Ponte in Spanish, is a gate in Cordoba that connects the Roman Bridge and the city of Cordoba.

It is called Arc de Triomphe of Cordoba.

The Gate is a 16th-century Renaissance gate supported by four Doric columns. It was built on the place where an ancient Roman gate once stood and which was a part of the city walls of walled Roman Cordoba.

The Moorish tea rooms, or teterias of Cordoba, are a must-see in Cordoba.

The Cordobese teterias are charming and cozy places that take visitors back in time. They typically offer a wide range of tea, infusions, and Arab sweets.

Salon de Te Cordoba in the Jewish Quarter is a popular tea room in Cordoba.

The Viana Palace, or Palacio de Viana in Spanish, is a historical landmark of Cordoba and a historical heritage monument of Spain.

It is a 15th-century Renaissance house-palace with stunning courtyards, a garden, and a collection of antiques. Families who lived in the house for over five centuries (from the 15th to the 20th centuries) gathered the artwork.

This authentic Corodvan house is one of the best-preserved manor houses in Cordoba and Spain.

The Viana Palace is one of the most popular tourist attractions in Cordoba. It is in the Santa Marina neighborhood in Cordoba.

Medina Azahara, or the Shining City in Arabic, was the capital of ancient Al Andalus.

The first caliph and ruler of Cordoba built the city in the 10th century. But, the caliphate city got abandoned during the civil war in the 11th century and forgotten until the 20th century, when it got rediscovered.

Therefore, the Caliphate City of Medina Azahara of Cordoba is a UNESCO World Heritage Site. It is on the outskirts of Cordoba.

Cordoba is the birthplace of salmorejo, one of the most famous Spanish dishes.

Salmorejo is a famous Cordobese tomato puree and a version of Spanish gazpacho.

This delicious Spanish dish is made with pureed tomatoes, bread, garlic, and vinegar. Chopped egg or ham typically tops salmorejo.

If you love tasting local dishes on your travels, salmorejo is a must-try dish in Cordoba.

The Bull Tail Stew is another delicacy from Cordoba.

Rabo de toro is made by slowly cooking oxtail with red wine, garlic, and thyme at low temperatures.

Fried Eggplants with Molasses are a typical Spanish tapa dish from Andalusia.

Montilla -Moriles wine is a wine from the area of the two small towns: Montilla and Moriles, in the Cordoba province.

Montilla-Moriles is a DO wine zone found 45 km south of Cordoba in Andalusia in southern Spain.

Tinto de verano is one of the most popular drinks in Spain.

Tino de Verano literally means ‘summer wine’. It is a refreshing mix of red wine and lemon soda widely enjoyed in Spain in the summertime.

The Courtyards of Cordoba, or Patios de Cordoba, are famous for their beauty.

They are known as the most beautiful courtyards in Spain. UNESCO listed them as an Intangible World Cultural Heritage of Humanity.

The Cordobese courtyards typically come with plenty of colorful flowers, graceful fountains, and stunning mosaics. The Courtyards of Cordoba are well-protected by walls providing the ultimate privacy.

The celebration of Semana Santa is the most important festival in Cordoba. Holy Week in Córdoba is a dignified event. It happens in the historic center of Cordoba a week before Easter every year.

The 38 Brotherhoods of Penance from various neighborhoods of Cordoba make processions along the streets during La Semana Santa de Córdoba.

The brotherhood of El Rescatado is famous for carrying the image of Jesús Rescatado, popularly known as ‘the Lord of Cordoba’ on Palm Sunday.

The Brotherhood of Las Angustias is one of the oldest brotherhoods that carries the Penitence Station in the Cathedral on Holy Thursday.

The Brotherhood of Los Dolores is also one of the oldest brotherhoods. The brotherhood carries the image of the sorrowful Virgin Mary, the most devoted sacred image by locals, on Good Friday.

La Semana Santa de Córdoba is the most popular event in Cordoba among locals and tourists.

The Ultimate Guide to Avila, Spain

Easter in Spain: Spectacular Celebration of Semana Santa in Spain 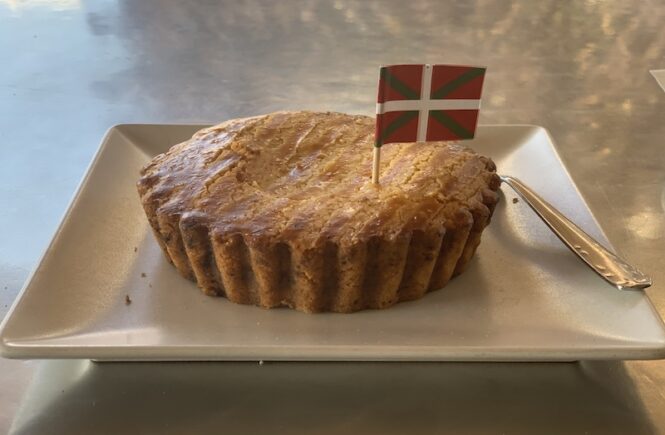 Amazing Basque Foods Worth Traveling For